Will Clinical Trials Give Us The Best Cure For Covid-19? 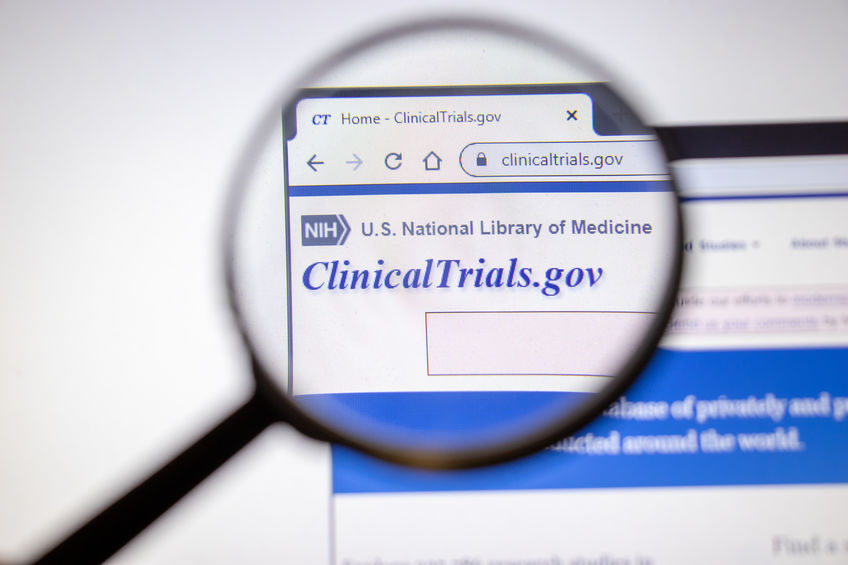 In last week’s e-brief, I listed a number of terms from our coronavirus related vocabulary. A very important addition to the list is the term clinical trials. With the high mortality we are experiencing from Covid-19, there is a tremendous interest in finding therapies and vaccines, and finding them fast. A particular drug which cures one disease doesn’t mean it will cure another, and proclaiming about a drug for the most seriously ill, “Try it. What is there to lose?” does not validate whether a treatment is safe and effective.

The experts have been using the term clinical trials in their testimonies and interviews, but many people may not know exactly what a clinical trial is. It is the purpose of this article to shed some light on the subject.

First, a few words on what a clinical trial is not. Clinical means the observation and treatment of actual patients, not a theory or something in the laboratory. Trial means a test of the performance, qualities, or suitability of something. A clinical trial is not giving a patient a new drug and see if it works and, if not, then try a different new drug.

Clinical trials are research investigations in which people volunteer to test new treatments. Researchers look at how people respond to a new intervention and what side effects might occur. The trials extend over four phases and, as I describe what goes on in each phase, it may help explain why the approvals take so long. As I mentioned earlier, I believe the time can be shortened.

At the latest count on angel.co, there are 255 startup companies focused on improving all aspects of clinical trials. There are 13,866 investors who have bet more than $1 billion on the startups. They are promising cloud based technologies for collaboration and artificial intelligence to accelerate data analysis. I am 100% certain new technologies will have a big impact on the time and cost of getting new drugs and treatments available to patients.

Following are the steps involved in bringing a new drug to market.

Before pharmaceutical companies start clinical trials on a drug, they conduct extensive preclinical studies. These studies take place in test tubes or petri dishes. They also do animal experiments using wide-ranging doses of the study drug to obtain preliminary data on efficacy, toxicity and pharmacokinetics. The latter measures what living cells will do to the drug which in turn helps establish drug dosage. The bottom line is the preclinical studies help companies determine if it is worth moving forward.

Phase 0 trials are relatively new and are known as human micro-dosing studies.  The purpose is to speed up development of promising drugs by establishing very early if the drug behaves in human subjects as was expected from the preclinical studies. Phase 0 trials include the administration of very small doses of the drug to 10 to 15 patients to gather preliminary data. Drug companies use Phase 0 studies to rank drug candidates in order to decide which has the best odds of justifying human studies.

Phase I trials are sometimes called “first-in-humans” trials. They are designed to test the safety, side effects, best dose, and formulation for the drug in a small group of 20 – 100 healthy volunteers who are recruited. These trials are often conducted in a clinic where the subject can be observed by full-time staff. The subject who receives the drug is usually observed until the amount of the drug remaining in the body is very low. The focus of Phase I is the safety and tolerability and to find the best dosage. About 70% of Phase I trials are successful and move to phase II.

Phase II trials are performed on larger groups, 100 – 300 patients who have the disease the drug is supposed to help or cure. The goal is to assess efficacy and side effects. Design of the trial is key. There are many types of study designs but the workhorse praised by most experts is the randomized controlled trial (RCT).

An RCT is a scientific experiment which aims to reduce bias when testing the effectiveness of something new. RCT is used in many areas but currently the most interesting use is for medical treatments and drugs. The concept of an RCT is to randomly allocate patients into two groups, treat each group differently, and then compare the outcomes to see if there is a statistically significant difference. The experimental group receives the treatment or drug being evaluated. The other group, usually called the control group, receives standard care without the experimental treatment or drug. The success rate for Phase II trials is about 33%.

If an experimental drug or treatment makes it to Phase III, it is presumed to be at least somewhat effective. This is why, when a new drug gets to Phase III, the stock of the pharmaceutical company goes up. Phase III trials typically have 300 – 3,000 patients with the specific disease being addressed. Even though the success rate for a Phase III trial is about 50%, the manufacturer begins building up the marketing and manufacturing programs to be ready if the trial is successful and the drug gets approved.

Once a drug has had a successful Phase III trial, an enormous amount of “paperwork” is unleashed containing a comprehensive description of the methods and results of human and animal studies, manufacturing procedures, formulation details, dosage information, and shelf life. The massive collection of information makes up the “regulatory submission” for review by the regulatory authorities.

A Phase IV trial is basically a form of post marketing surveillance. Phase IV monitors safety but also provides a way for manufacturers to test interaction with other drugs, find new applications of the drug, and test in other populations. If any safety issues are discovered, a drug can be pulled off the market such as happened with Merck’s Vioxx in 2004 after a clinical trial showed the drug carried an increased risk for heart attacks and strokes. Unfortunately, I was a Merck stockholder at the time.

Phase II and III trials can cost tens of millions of dollars. The entire process of developing a drug from preclinical research to marketing can take 10 to 15 years or more and cost hundreds of millions of dollars, some well over $1 billion. This is why there are so many startup companies focused on clinical trials and other related processes.

If you were not already familiar with the phases of clinical trials, I hope the summary level description I have cobbled together is helpful. I have been a subject in a clinical trial some years ago (and still recall the huge amount of paperwork involved). Then in 2014, I conducted a randomized controlled trial for my doctoral dissertation. I will conclude by sharing a bit of what I learned.

First is the design of the trial. It can be complex, but getting the right design is critical to a successful study. I saw a study about a product where the experimental group consisted of participants who were paid a fee. Such a design would not be a random selection of participants and would introduce bias into the study. Likewise, if the experimental group is 80% female and the control group is 80% male, that is not a random selection. An RCT has to have participants in both groups which are similarly situated; age, gender, sickness, degree of sickness, etc. If one group is in a metro hospital, and the other group is in a nursing home, that would not be a randomized selection.

Another factor is the size of the groups. This is called the N. You may have noticed Dr. Fauci comment on one of the Remdesivir trials saying it was very well “powered”. That means the N was large, in that case about 1,000. I have seen studies with an N equal 25 or even less. A small N proves nothing because the results might have been random or not statistically significant.

Suppose a new drug trial shows the control group patients were discharged from the hospital after an average of 15 days and the experimental group after 14 days. Even with a big N, the difference achieved is probably not statistically significant. The results could actually have an equal probability of being 15/14 or 14/15. In other words, the study design was ok and proved the drug or treatment was not effective.

In the case of one of the Remdesivir trials, the control group patients were discharge from the hospital in 15 days on average and for the experimental group after 11 days. This is statistically significant, but at what cost. The four day improvement is good, but how about if the drug cost $250,000? In cancer treatment, a $1 million drug sometimes adds a few weeks to a person’s life. Is that justified? In Europe, they don’t think so. In the U.S. the usual opinion is adding a day to Daddy’s life is worth whatever it costs (as long as the government or health insurer is paying for it).

Finally, I would like to say a few words about clinicaltrials.gov. The site currently shows details on 337,990 research studies in all 50 states and in 210 countries. There are 1,133 studies related to Covid-19. For Covid-19 and Remdesivir, there are 19 studies.

Some studies take place only in hospitals. Others at home. Some are with seriously ill patients. Others with patients who are only mildly ill. Some compare one drug to another. You can see many variations of study designs. Some studies are underway, others are actively recruiting subjects. You can search for a drug or a disease or ailment, and learn everything about the study. If they are recruiting, you or your doctor can contact the researchers directly. Unfortunately, there are many conditions which don’t have reliable cures. Clinicaltrials.gov is a great resource to either join a study or follow one to its conclusion. In summary, yes, clinical trials will give us the best cure for Covid-19.