Which Is Worse: Power Outage or Digital Outage? 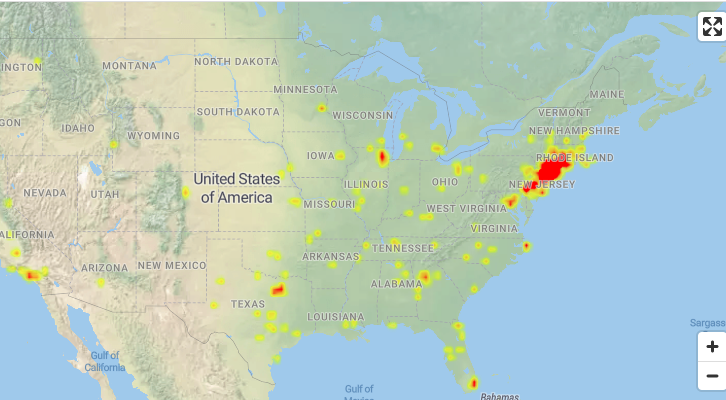 A friend in Westport, Connecticut called me yesterday from his landline. Landlines have declined due to the advancement of mobile network technology and the obsolescence of the old copper wire network. Eventually the metallic networks will be completely out of date, perhaps within the next five years. I don’t know many people who have landlines but, in my friend’s case, without his landline we would not have been able to communicate. You might say, doesn’t he have a cell phone? Yes, he has an iPhone but the cell phone tower closest to him was not functioning because of no electricity. It was not just the half-million+ Connecticut residents without power, it was also their digital infrastructure.

Most cell towers have some form of backup power. When they lose power, they resort to batteries. If the batteries run down, the towers draw power from generators, which rely on fuel. Assuming the generators can be refueled, the towers should be able to operate for days. But do they? In doing some research around the web, I found Verizon had told investors the FCC imposes specific mandates on wireless carriers including backup electric power at most cell sites. Why most and not all? In my brief research, I found cell towers typically have battery backup arrangements to support operations for two to four hours. Power outages from hurricanes usually last longer then 2-4 hours. The current outage in Connecticut started Tuesday. As of Friday afternoon, there are no firm estimates of when power will be restored.

As we all know, our dependency on a digital infrastructure is continuously growing, even without the pandemic. The pandemic just accelerated a trend already underway. The mobile communications outage highlights two major issues: backup power to maintain the communications infrastructure, and a service attitude to walk in the customer’s shoes.

What I read from various sources is the communications companies do what the regulators specifically mandated, no more, no less. In my friend’s case the provider is AT&T. The company has $12 billion of cash on hand and it just awarded its retiring CEO a $64 million pension. (He was paid $30 million per year for the last three years.) The company has obviously put profitability and executive compensation way ahead of providing a resilient digital infrastructure for its customers.

Another glaring question is about backup technology. Where cell towers have backup, it is based on fossil fuel. Tesla Energy provides solar panels and solar rooves with accompanying Powerwalls. A Powerwall is basically a 3 feet by 4 feet by 5 inches battery. The main thing in the way of me going all out solar at the PA summer home is trees blocking a lot of sunlight. A cell phone tower would not have that problem. One or more Powerwalls could be placed at the base of the tower, and the tower could have power 24 x 7 x 365 even with hurricanes. Rather than hiring lawyers to fight with the FCC over whether two hours or four hours should be satisfactory, AT&T et al should look at the tremendous dependency their customers have on their towers.

The other major issue is Net Attitude, lack thereof. When I wrote the book twenty years ago, I thought all companies would completely get the concept in a year or two. Amazon and Apple and a few others already had it, and inspired me to write the book. Electric utilities have not been known for marketing savvy because they have been so heavily regulated. However, the increasingly more prevalent and damaging storms have caused them to realize the key to managing power restoration is communications and the way to do it is digital.

More than 450,000 Connecticut customers remain without electricity as of Friday afternoon. Governor Lamont has declared a state of emergency and asked President Trump for a federal declaration. Eversource estimates it will have power restored to most customers by late Tuesday night, a week after Tropical Storm Isaias hit the state. The Eversource website has a comprehensive Storms & Outages section prominent on its homepage. They send regular updates to customers via text messages. Although they are overwhelmed with the scope of the outage, they at least are doing a pretty good job of communicating.

How about AT&T? What stands out on their homepage is:

SHOP OUR BEST DEALS ONLINE. Get a $500 Visa® Prepaid Card Plus $10 a month off this deal when you add Xfinity Mobile after checkout.

You can see their priority. No mention of storms or outages. I searched the web for AT&T wireless outages in Westport, CT where my friend lives. Here is what I found:

An AT&T webpage labeled “Find outages in your area”

Here’s what we found for Westport, CT : 06880. Your service status: All clear! No outages to report. We didn’t find any internet, TV, or digital home phone service issues in your ZIP Code.

All clear? Take a look at the map at the top of this story. The big red blotch shows AT&T outages in CT and nearby states. In searching further, I found three very interesting websites all of which had many customer comments about their AT&T outages:

Why do these companies exist? What is their business model? Very simple. They fill the net attitude gap at the communications providers and sell advertising space to pay for it. Down Detector says, “We detect when technology fails. We help you understand what’s going on with your outage by providing real-time insights into problems.” AT&T has more than a half-trillion dollars of assets. It can’t provide these services for its customers? They surely could.

What would cause AT&T to establish a comprehensive backup of its critical infrastructure service? I believe there are three forces which could make it happen. First is regulatory mandates. We already see what happens with that approach. Companies deploy legions of lawyers to negotiate the minimum they can get by with, say 2-4 hours of backup. Second is competition. Europe has dozens of mobile providers. We essentially have three. Huge balance sheets for acquisitions and powerful lobbying have greatly reduced competition. Third is a net attitude awakening. AT&T should not compare itself to T-Mobile or Verizon. Survey after survey shows they all have terrible customer service. They should compare themselves to Amazon and Apple and other companies with a net attitude. Companies with a net attitude don’t have great customer service because of regulators telling them they have to or because of competition. Their leaders are inspired to be as great as possible. They walk the talk. They put the customer first. They make sure the customer is satisfied. Meanwhile, AT&T says, “All Clear!”, and my friend can’t reach the Internet.