The Dakotas Have the Voting Solution 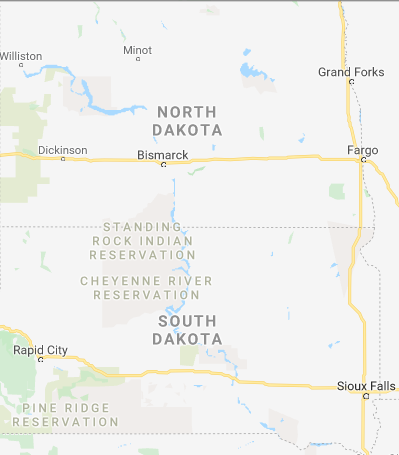 My father loved cars. So did his father and his father’s father. My great-grandfather, Abner Patrick ran an ad which appeared on March 13, 1912 for a new car made in Philadelphia. The ad was written more than 100 years ago, but it reads like something crafted by Elon Musk.

The Bergdoll “40” with self-starter, long stroke, large valve, motor, 4-speed transmission (direct drive on third speed), 36 inch wheels, Qulck Detachable demountable rims, and cellular radiator, embodies the latest accepted design of motor car construction. It is our aim to furnish in this chassis a beautifully designed and finished car, which has no superior for comfort, flexibility and ease of handling.

In 1914, the dealership began selling the Ford Model T and Model TT Truck. In 1929, they became a Buick dealer. The final change was made in 1961 when the Salem, NJ dealership became Patrick Chevrolet. Dad retired and sold the business in 1976.

Dad loved to drive. His goal was to drive to all the states (except Hawaii). By the time I reached high school, my two brothers and I had been to 46 of the states. I do not recall when we visited North and South Dakota, but it was probably 70 years ago. The two states are much more interesting to me now than they were then.

North Dakota is dominated by the Great Plains which give way to the rugged Badlands near the border with Montana, where Theodore Roosevelt National Park spans the Little Missouri River. At some point, the state will be known for its visionary election reform.

To ensure the security and integrity of North Dakota elections, the Amendment requires all voting machines to produce a paper record of every vote cast. The state will require random audits of election results. The Amendment specifically gives military-overseas voters more time to cast their ballots. This is important because voter participation from overseas has been abysmal. The millions overseas have learned it is not worth voting because delays getting and/or returning ballots by mail has been unreliable.

The Constitution gives the States the ball for how to conduct elections. As long as they deliver ballots for Presidential elections on the first Tuesday after the first Monday in November, they can run elections however they want. The only way the November date or processes can be changed is by Congress. I give that zero odds of happening.

I am a registered Independent in Florida. That means I cannot vote in the primary elections. North Dakota’s Amendment establishes open primaries: This simply means all voters can participate in an open primary election, where all the candidates are listed on a single ballot. The four candidates who receive the most votes for each office, regardless of their party, then advance to the general election.

Part 2 of the Amendment has a very progressive provision called Ranked Choice Voting. I explained this in some detail in Election Attitude – How Internet Voting Leads to a Stronger Democracy. RCV assures there will be a Majority winner in general elections. The essence of how this works is voters are asked to pick their first-choice candidate as usual, but then offers the option to pick their second, third, and fourth choices. If no candidate receives more than 50%  of the votes, an instant runoff process is followed. Whoever comes in fourth is out, but the ballots of those who voted for #4 as their first choice are re-distributed to the remaining three candidates based on the ballot choices. If there is still no candidate with 50%, the candidate who came in next to last is out and, once again the ballots of those who voted for that candidate have their second, third, and fourth choices redistributed. This assures one of the remaining two will have more than 50% of the votes. The state of Maine has adopted RCV as have nearly 20 major cities. RCV is gaining momentum because it adds more choice and, in my opinion, can strengthen our democracy.

The third part of the North Dakota amendment will ensure voters are picking their politicians—not the other way around. The concept of politicians picking the voters is called gerrymandering. Both parties do it. North Dakota is transferring the responsibility to draw political district lines to a citizen-led North Dakota Ethics Commission. The Commission will redraw the maps in public, holding hearings around the state and taking comment from North Dakotans. The process will create districts which are fair, equal in population, respectful of existing communities, and free from partisan bias. All of the Commissioners would need to agree on the maps to put them into practice, unlike how it works in many places where politicians lead the effort and then the courts end up deciding.

The only thing missing from North Dakota’s excellent amendment is, you guessed it, mobile voting. Unfortunately, there is not enough time to plan, implement, train, and test for mobile voting. Too bad because the surge in Vote by Mail is going to lead to major problems.

I am not concerned about fraud, but I am very concerned about delays and inaccuracies. Millions of votes get thrown out because of problems with the signature on the back of the envelope missing or not matching the registration database. Another problem is the x’s and checkmarks which do not cover enough of the circle or oval to enable the ballot scanner to consider them filled in. Some states require 10-15% of the circle or oval be filled in for the ballot reader to count it. Some states set the threshold lower. Blind voters like technology which reads things to them from the web and various apps. With paper ballots, vision imparied voters (there are millions) have to rely on someone to help them and this destroys the hallmark of American voting – privacy. There are many more benefits to mobile voting as I have written here and in Election Attitude. North Dakota can inform its future voting plans by just looking toward Pierre, the capital of neighbor South Dakota.

Following the momentum of successful mobile voting in both Utah and Arizona, Boston startup Voatz completed its third virtual political convention. Mobile voting in those states has encountered no incidents, and garnered increased voter participation. The South Dakota Republican Party convention brought together delegates from 31 counties.

The Party Chairman said that the goal was to create a convention experience which energized the party in South Dakota and replicated an in-person convention. South Dakota did it right. They worked with Voatz for weeks ahead of the convention to credential delegates, ensure a smooth rollout, and provide a test vote to get delegates comfortable with the system. More than half of the voters using the mobile voting app submitted their official ballot within the first 20 minutes of the voting window opening.

Oregon, Washington, Colorado and a few others are experienced with Vote by Mail. In other states, it is a hodgepodge. Some require an “excuse” for why VBM is needed. Restrictive dates are imposed by others. In some states which are now shifting rapidly to VBM because of concerns at the polls, there is a shortage of staff and training to count the votes timely and accurately. I hate to say it, but I predict a disaster for November 3. I hope 2021 sees more mobile voting pilots across the country.