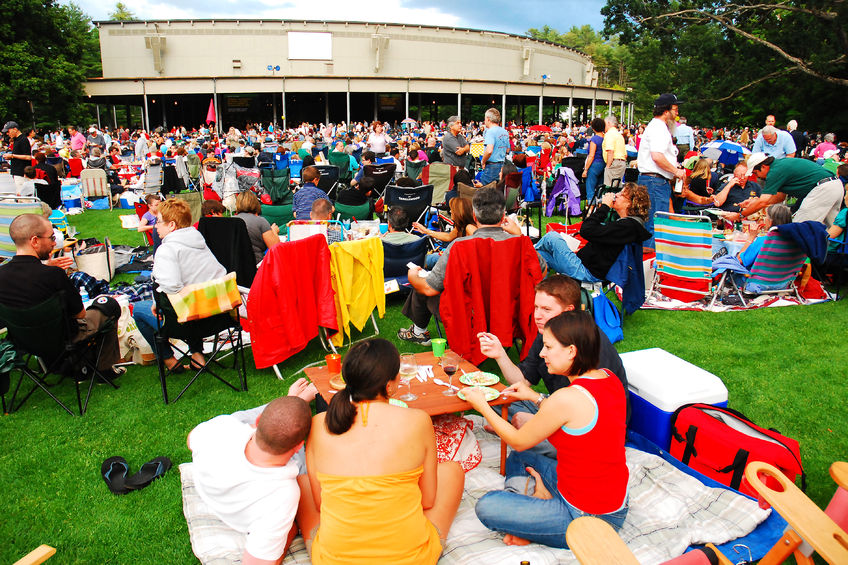 The Tanglewood Music Center is located in the Berkshire Mountains of Massachusetts. The drive as 181 miles and we arrived with 80 miles of reserve on the Tesla. The Boston Symphony Orchestra has great concerts there in the summer in the Koussevitzky Music Shed. We get there at least once per year. The shed seats 5,700, but up to 10,000 additional concert goers set up chairs and umbrellas on the lawn.

The guest conductor was the amazing Michael Tilson Thomas, Music Director of the San Francisco Symphony. The concert opened with him conducting one of his own compositions called Agnegram. The 1998 work is described as “alternately jazzy, elegant, humorous, and direct”. Next was an incredible performance by a brilliant young Russian pianist, Igor Levit, who played Rachmaninoff’s virtuosic Rhapsody on a Theme of Paganini. After the intermission, Thomas conducted Mahler’s Symphony No. 1. All of Mahler’s symphonies are vigorous to say the least. No. 1 was powerful and Thomas displayed an amazing amount of energy.

After a ride around Lenox, MA, we headed to Lee, MA where there are eight Tesla Superchargers in the rear of a BigY Supermarket parking lot. We did some shopping while the Model S slurped up nearly 90,000 watt-hours of energy. The Tesla consumes 300 watt-hours per mile. Think of five 60 watt light bulbs turned on for an hour. That is what it takes to go one mile, and the range is approximately 300 miles without a charge. Tesla says 99 Percent of the United States Population is within 150 Miles of a Tesla Supercharger. You can get to and from just about anywhere, but it does take some planning. The car does most of the planning for you, but it is still good to have some situational awareness. For my first trip in the Tesla back in 2015, I went from CT to Washington, D.C. I returned to CT and arrived at home with 5 miles left. That is not good planning. I learned my lesson and have never had a close call since.