Now Can We Have Internet Voting? 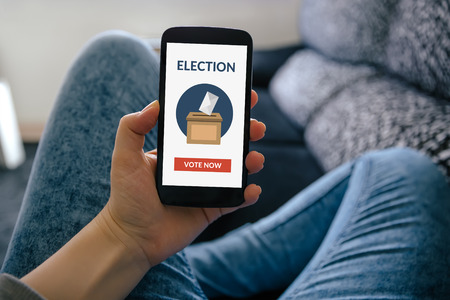 Ronjini Joshua is an author, speaker, and founder of The Silver Telegram, a tech-focused communications firm. He thinks enough of our outdated voting system is enough. In “After This U.S. Election, the Case for Online Voting Is Stronger Than Ever“, published Friday afternoon in Foreign Policy, he said,

The gridlock over the U.S. election results is frustrating for voters, embarrassing for Americans, and, perhaps most important, damaging to the spread of democracy around the world. The United States needs to revive its democracy through technology. Online voting can provide transparent, fast, and reliable results. It can also increase voter turnout.

It sounds like Joshua read my book, Election Attitude – How Internet Voting Leads to a Stronger Democracy (2016). We have heard enough from the naysayers. They compare Internet voting (or mobile blockchain voting) to an Internet with no hackers, no cyber criminals, no skilled foreign adversaries, no malware, no old insecure Windows 95 or Windows 7 computers; in other words they compare it to a perfect world we will never have. It is time to compare Internet voting, with all its imperfections, to the paper ballot system we have today, which is full of imperfections, as we see very clearly at this point. Joshua said,

By embracing online voting, the United States can give voters confidence in the system; after all, voters would be able to see the counts in hours, not days (or weeks). Such a system would also allow both parties to connect with those who would not normally vote, and would put the United States in a position to again lead the world with an example of a political system that does what it’s supposed to do.

Internet voting can also assist millions of Americans with visual impairment. It can offer simplified and much more accurate ballot designs, eliminating numerous errors. When the dust settles, I believe we will find millions of ballots were not counted because of “voter errors”, which could have been avoided with Internet voting. Internet voting could also enable voter education as part of the voting process. It could enable more progressive ways to vote such as Ranked Choice Voting, which can eliminate ties. The eight million overseas voters could become enfranchised. Results could be tabulated in seconds. The list of the benefits goes on. Trials in West Virginia, Utah, and other places have proven the security, privacy, and verifiability of Internet voting.

The only thing holding us back is our political and technological will. I hope Joshua’s article is the first of many. It is time for the naysayers to refocus on how to help, not spread fear. It is time for research centers, think tanks, pundits, investigative journalists, and technology experts to shift the focus to how our democracy can be strengthened by a technological, as Joshua said, reboot.