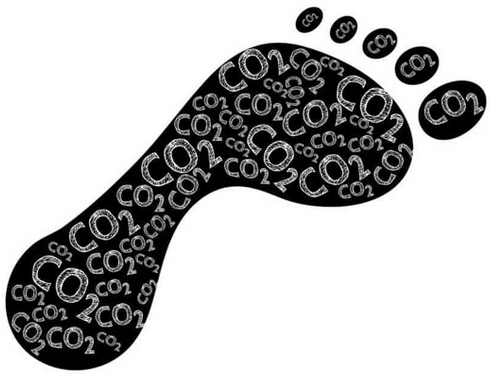 As discussed previously, life on Earth depends on energy coming from the Sun. The greenhouse effect has protected life on Earth from unlivable cold conditions for as long as life has been here. To keep greenhouse gases in perspective, we need to remember, once again, greenhouse gases are a good thing, but only as long as there are not too much of them. I described water vapor, carbon dioxide, methane, ozone, and nitrous oxide. The last three are the most potent and pose the greatest threat at a molecular level but, fortunately,  there is not much concentration of them in the atmosphere. The culprit growing the fastest and upsetting the balance which nature has maintained is carbon dioxide (CO2).

The atmospheric concentration of carbon dioxide has been rising since the Industrial Revolution. Data collected by NASA’s orbiting satellites and other measurements indicate the level of CO2 has reached a dangerous level not seen in the last 3 million years. Human sources of CO2 emissions are much smaller than natural emissions but the growth of human created emissions has upset the natural balance which had existed for many thousands of years before the Industrial Revolution.

As described last week, the natural sources of CO2 added to the atmosphere include when organisms respire (exhale) or decompose, carbonate rocks (mostly limestone) break down by weather, from forest fires, and eruption of volcanoes. The human sources of carbon dioxide emissions include the burning of oil, coal, and natural gas, cement production, and deforestation (3.5 to 7 billion trees cut down per year). Almost 90% of all human-produced carbon dioxide emissions come from the burning of fossil fuels.

As described last week, Amazon has pledged to be the leader, but they are not alone. Twenty-three percent of the Fortune 500 companies have made a public commitment they will be carbon neutral by 2030, using 100% renewable power, or meeting a science-based internal emission reduction target. With congressional legislation taking form plus stakeholders and employees making demands, the other 77% will likely get on board sooner rather than later.

Let me introduce you to Mr. and Mrs. Green. The Greens live in a tent in Costa Rica. They love the weather, the food, and the 15% tax rate. Over the course of the year, the temperature there typically varies from 63°F to 81°F and is rarely below 60°F or above 84°F. They don’t need to use energy for heating or cooling. The Greens work from home in San Jose and get goods and supplies within walking or cycling distance. They do not own a car and don’t fly anywhere. Their diet is quite healthy consisting mostly of fish, fruit, nuts, and grains. The Greens are very conscientious about recycling.

Now, let me introduce you to Mr. and Mrs. Carbon. The Carbons live in Port St. Lucie, the eighth largest city in Florida. The population is more than 189,000. The temperature ranges from 55 to 90. During one-third of the year, a modest amount of heating is needed. The Carbons consider air conditioning a necessity. Port St. Lucie is one of the largest cities in America with no public transportation. More than 90% of people drive to work and 80% drive alone. Mrs. Carbon drives her diesel BMW to work in Melbourne, Florida about an hour drive. Mr. Carbon has a diesel F-150 pickup truck. He drives to his job in Palm Beach Gardens, Florida. It takes about 40 minutes. The Carbons love to go out for dinner. They travel a lot, to a summer home in North Carolina, and at least one major trip to California or Europe. A cruise or two has been the norm. Mr. Carbon loves to fish, but he doesn’t eat any. He gives his catches to a neighbor. The Carbons love to BBQ steaks at home. Yelp lists 22 steak houses in Port St. Lucie. The Carbons enjoy more than a few of them. The Carbons recycle when it is convenient.

The contrast between the lifestyle of the Greens and the Carbons is quite significant. So would be their carbon footprints. The carbon footprint represents how much greenhouse gas a person or family or organization emits. The unit of measure is tons of CO2e.  The e stands for equivalent. In other words the other gases such as nitrous oxide and methane are converted to an equivalent amount of CO2. The average American household footprint is 48 tons of CO2e. The Greens would be a fraction of the average, and the Carbons would be twice the average or more.

Science Daily reported on some analysis done by a class at MIT,

“The class studied the carbon emissions of Americans in a wide variety of lifestyles–from the homeless to multimillionaires, from Buddhist monks to soccer moms–and compared them to those of other nations. The somewhat disquieting bottom line is that in the United States, even people with the lowest energy usage account for, on average, more than double the global per-capita carbon emission. And those emissions rise steeply from that minimum as people’s income increases.”

This part is controversial because the footprint calculated includes government services. In other words, if one country has 100,000 armored tanks belching diesel exhaust, and another country has no tanks, the comparison is apples to oranges. Also, there is nothing an individual consumer can do about the size and scope of their government, at least in the short term.

To get a footprint calculation which is actionable, you use a footprint calculator. There are many of them. I recommend using the one from conservation.org which you can find here. It will ask you about the size of your house, what kind of car you have, what you eat, and a number of other factors. I view the calculation as an estimate. I believe the footprint for my wife and I is somewhere between 50 and 75.

I decided more than five years ago, I wanted to be carbon neutral. That means my net carbon footprint is zero. There are two ways you can reduce your footprint. For example, if you are Mr. and Mrs. Carbon, you can switch the Ford F150 for a Tesla CyberTruck and the BMW for a Tesla Model S or some other electric car. There will be many more choices coming. Electric cars are not zero emissions because you have to use electricity which is made by an electric company which may burn coal to produce the power. An offset is to get a Tesla solar roof and charge your car from the sun.

In addition to using less fossil fuel for transportation, following are a few other things you can do.

The above are just a few thoughts. There is much more to it. Just Google “carbon footprint” and you will find the resources. Even with aggressive actions on our part, we still will not get our footprint to zero. The other tool at our disposal is to invest in projects which provide offset. Many non-profits are focused on reducing carbon emissions. I guess you could say, to get to carbon neutral, you have to buy your way out of it. I confess. I do.

I donate to Arbor Day Foundation. They are laser focused on planting trees. Visit the site to learn more. At about 10 years age, trees are estimated to soak up about 48 pounds of CO2 per year. The National Tree Benefit Calculator can show you more specifics. For example, if you have a 6-inch Fir tree on a property in Pennsylvania where I am for the summer, that tree will reduce atmospheric carbon by 77 pounds per year. Yes, it would take a lot of trees to offset Mr. and Mrs. Carbon, but if they were committed to be carbon neutral, the Arbor Day Foundation can calculate the size of a donation it would take to plant the required number of trees. I donate $750 to the Foundation to get me to neutral.

The topic I have been writing about is complex and to some people it is controversial. What I have tried to do is drill down on the basics and keep it simple. If you want to dip your toe in the water, I recommend a book like Reduce Your Carbon Footprint: A Beginners Guide To Reducing Your Greenhouse Gas Emissions by Ann Colson.