I was hoping for 100 responses to the SurveyMonkey, and you delivered 146! This is really great! Thanks so much. Your response represents almost 15% of the current 1000+ subscribers, and is definitely statistically significant. In the the following paragraph, I will summarize the results. This will be followed by graphics to show bar graphs depicting the specific feedback you provided.

Most important was question number four which asked about my feature stories. 97% of you said you found them interesting and informative. Two people thought they were too long, and one thought they were too technical. 80% said they read the entire e-brief, while 20% said they just read the feature article. 76% said they liked the news section and the diversity of it. About 20% said they like the wall street section, and 24% said they are not interested in it. Based on this feedback, I will be scaling back the tech stock index data I have been providing, but will continue to make some comments in the news section about various tech companies. The only disappointing part of the feedback to me was only about a third share the e-brief  with someone else. Since 97% said they found the content interesting and informative, it is likely there are many other people who would also enjoy it, if they knew about it. Finally, with regard to how people read the e-brief, it is roughly 50% on laptop or desktop and 50% on phones or tablets or the web.

Following is more detail on the five questions. 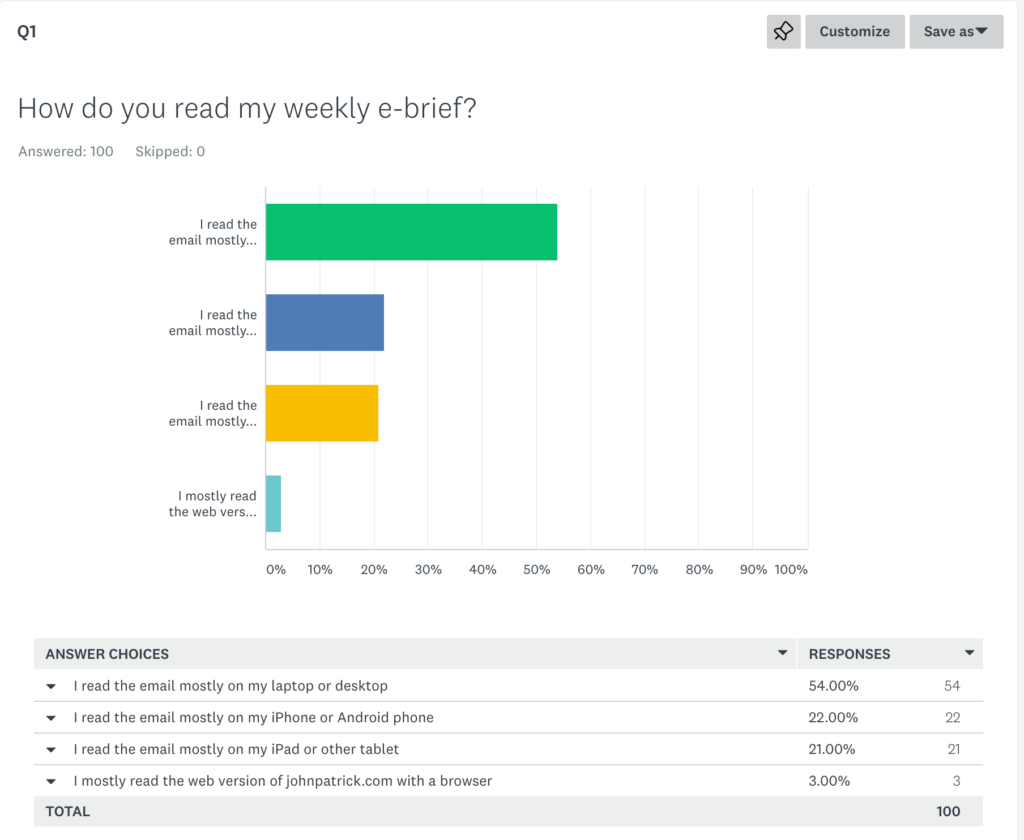 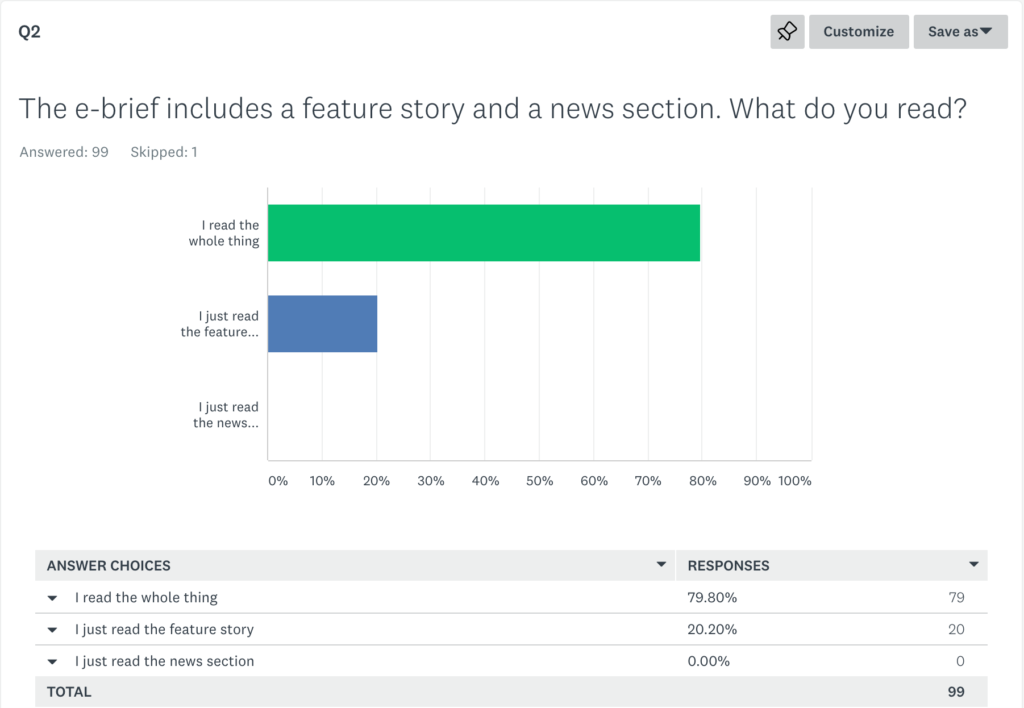 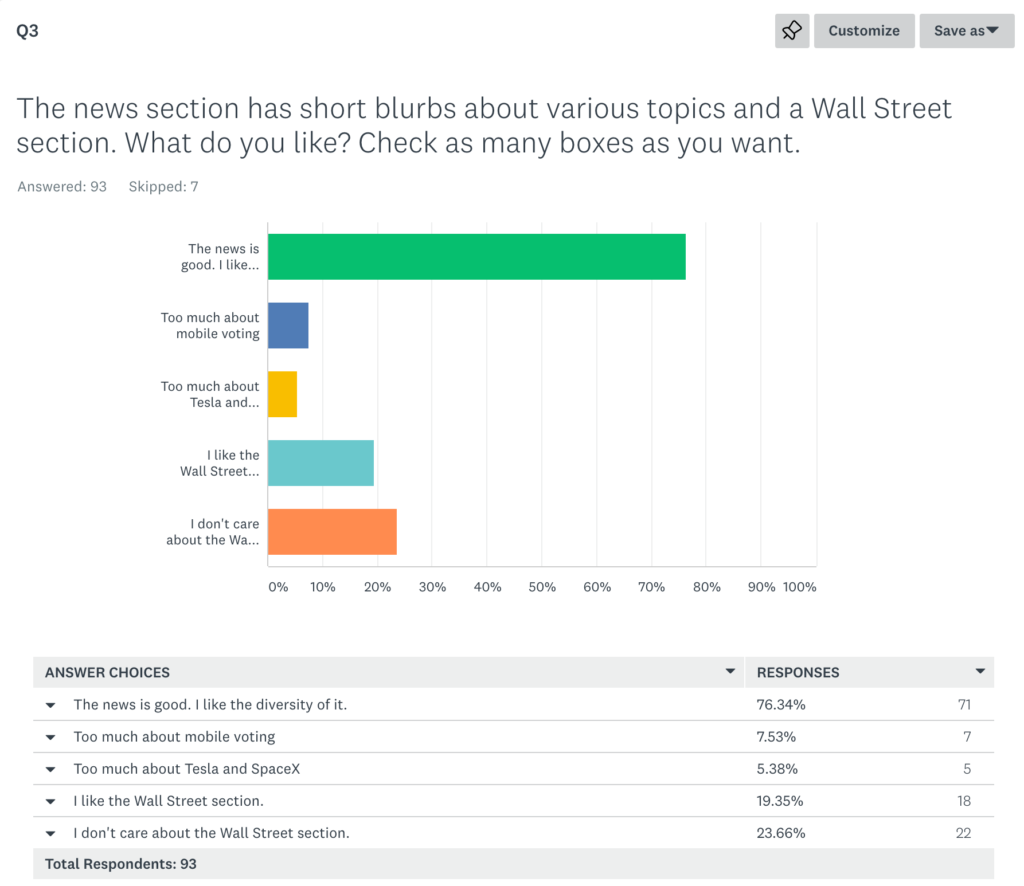 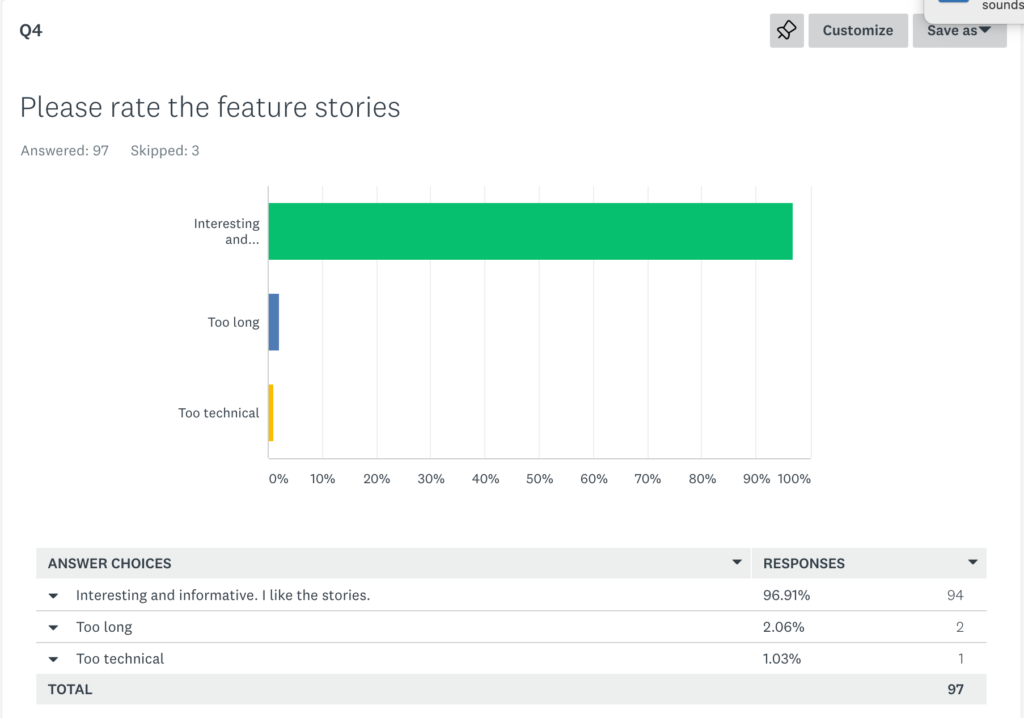 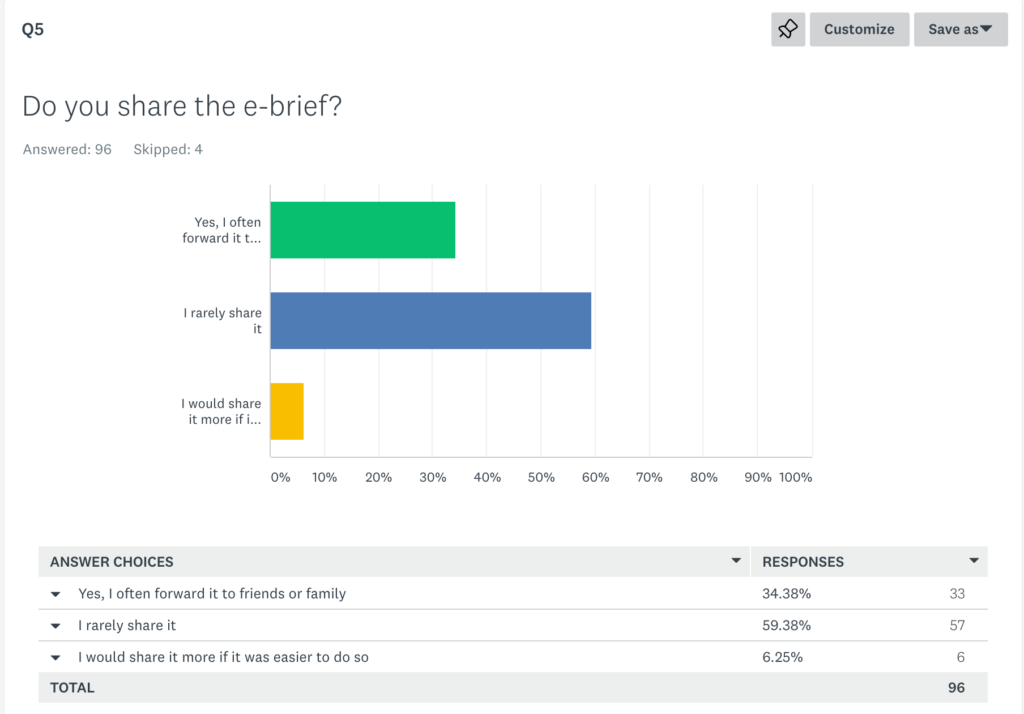