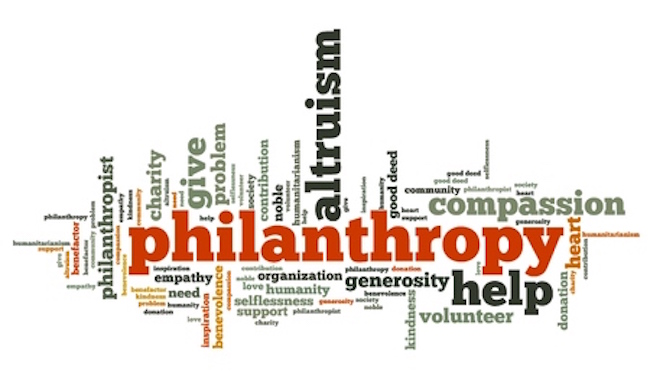 I think we are all aware of how well the stock market has recovered in recent years. The unprecedented growth has resulted in prosperity for many people beyond what they may have imagined was possible. For many people, the amassing of a million dollars of net worth was a dream they didn’t really expect to happen. Now many of those same people likely dream of $10 million. Those with $10 million dream of $100 million and those with $100 million dream of being billionaires! Much is being written about the wealth of so many. At the same time there are much larger numbers of people who have not been so fortunate. There are many people who go to bed hungry. Even in affluent communities there are long lists of people waiting to gain access to barely habitable Federal housing. For reasons of health, location, skills, misfortune, or disadvantage there are large numbers of people in need.

Who is responsible? (read full article). The government or those who are more fortunate? Many would agree it is at least in part the latter? What can be done? A lot. For those of us who have been fortunate, there is a range of ways to help out. Basically, there are so many ways to help there are no excuses for not doing so. The means to help follow a hierarchy as do so many things. At the base of the pyramid of helping is giving money anonymously. This can be done through the United Way, churches or synagogues, private foundations, various national appeals, or directly to pinpointed charities. Web sites abound. A few links can be found here.

A second level up the pyramid is to put anonymity aside; to directly support causes that are meaningful or important to you or your friends and family. A couple of years ago (circa 1996) I attended a reception of the Society of Alexis de Toqueville, a group of contributors to the United Way who exceed a threshold of $10,000 in giving per year. At the reception I was astounded both at how many people were there and how many people were not there. It was initially impressive to see a group of 150 or so in the room. Some quick arithmetic suggested that the giving represented was probably greater than $2 million. On the other hand seeing there were just a very few people (literally) from major companies represented (GE, IBM, Merrill Lynch, Chase Manhattan, Texaco, etc.) made it painfully clear how small the participation really was.

Given the stocks of all these companies (and many more) has appreciated so much, and the additional fact these companies all provide a corporate match of the employee gift, shows how much philanthropic potential exists. Suppose, for example, an employee had options to buy company stock at $25 per share and the current price of the stock was $50 per share. A gift of just 100 shares of stock would be worth $5,000. The company match would make the gift worth $10,000 and establish the employee as an Alexis de Toqueville giver. The cost of the donation to the employee would be $2,500 to exercise the options plus a capital gains tax of roughly $750 minus a tax savings of $2,000 (assuming a 40% tax bracket) or a net cost of $1,250. The leverage of the gift: 8 to 1!

A further extrapolation of the leveraged giving idea is the formation of a private foundation. On October 21, 1998 the Senate passed a bill which made permanent the section 170(e)(5) about charitable deduction for gifts of appreciated stock to private foundations. This means any person can establish a private foundation and use appreciated stock to do so. This can be a very useful way to reduce tax obligations in the event of a bonus payment, retirement payout of restricted stock, or any “spike” in income. At the same time the foundation can be used to provide charitable donations for subsequent gifting or even to receive and distribute charitable donations from others .

There are a few catches, but they are reasonable. One is your foundation must give away at least 5% of it’s average net assets each year. Another is you have to file a tax return for the foundation. If all this is too daunting, you can donate to an existing foundation that someone else has established or you can use a firm such as Foundation Source to handle all of the administration of the foundation.

At the Alexis de Toqueville reception, hosted by Jane Pauley (NBC) and Bob Wright (GE), I was quite impressed with the brief comments made by Jane. She talked about the positive impact people can have by publicly revealing the amount of their contributions. Put modesty aside, she said, and let others know. It will challenge them and spur larger gifts. I think she is right. As the United Way and others publish their gold/silver/platinum and Alexis de Tocqueville giver lists, the top categories seem to be growing.

And then there is the most important gift of all — personal involvement. Your time is your most scarce resource and giving even a small amount of it is often very difficult. In the end, however, this is the greatest gift and the greatest leverage. An hour of time to a board or committee can be as valuable as the 8 to 1 leverage of a financial gift.

How can we get more people thinking about all this? One idea is e-philanthropy. It is not just “click here to donate”. It is a larger idea. Creating a local community of interest, a charity portal, can enable charities to make their needs known, and where those with resources can make their abilities known, whether it is an anonymous gift, targeted visible funding, or volunteer time. If the idea spread, it might mean enabling people to contribute to charities where they grew up, went to school, or have a vacation home. It might also be a resource to help people set up their own private foundations or contribute to existing ones. It might also be a way for the smallest of charities with no executive director, corporate sponsors, nor advertising budgets to make themselves visible. The bottom line is simple. Incomes and assets are up. So is the need of those less fortunate. Let’s give e-philanthropy a chance. For more ideas, please read Another article about e-philanthropy.