Artificial Intelligence Will Change Everything 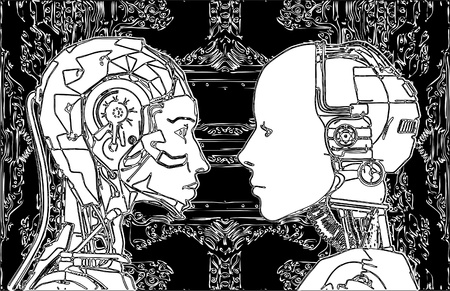 I have been writing about technology for more than 20 years. I never considered myself a futurist, but I have generally been accurate in predicting what is just over the hill, around the curve. Usually, my predictions have been about technology already available, but perhaps obscured or downplayed by many. I have often said in jest if The New York Times wrote something was a fad or had peaked out, it was sure to be a major hit. This was true for WiFi, blogging, YouTube, and other technologies.

Of all the things which are candidates for the “next big thing”, I have no doubts about what will be the biggest: artificial intelligence (AI). The term AI has been around for more than 50 years. It has flared up in interest as a “big thing” on multiple occasions and then flared down, but, this time, it is for real. The reason I say that is because of two exponentially growing factors.

First is the amount of data available about just about everything: data from sensors, tweets, emails, postings, GPS coordinates, medical metrics, invoices, micro-payments, Internet searches, and on and on. In the past, it was too costly to store everything. Today, storage is extremely inexpensive and makes it possible to save everything. Consumers saving tens of thousands of pictures on multiple devices is a tiny example. The growth is exponential. 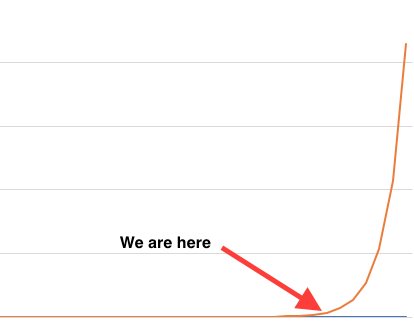 The other factor is the power of computers. An iPhone is more than 100 times as powerful as the first supercomputer (1976). Google, Amazon, Microsoft, IBM, and others are building web servers with even more incredible power. Estimates vary, but there are probably 50 million servers currently running. The growth is exponential.

The graph above shows what it means for something to be exponential. Things grow and grow and, all of a sudden, the growth takes off. Tim Urban, author at Wait But Why, said the arrow shows where we are with AI. I agree. The combination of vast amounts of data and a vast amount of computing capacity to make sense of the data will make the computers smarter than humans and just about every aspect of our lives will be changed as a result. I will be writing more posts about AI and providing examples we can all identify with. The WSJ had a good summary of the impact last week. See How Artificial Intelligence Will Change Everything.